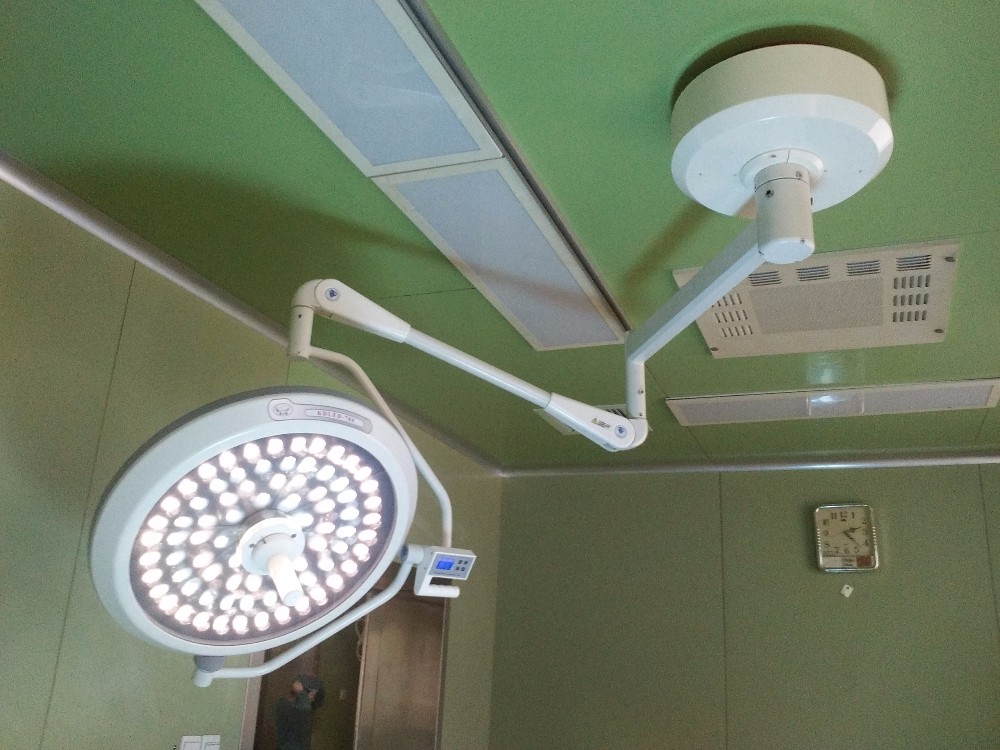 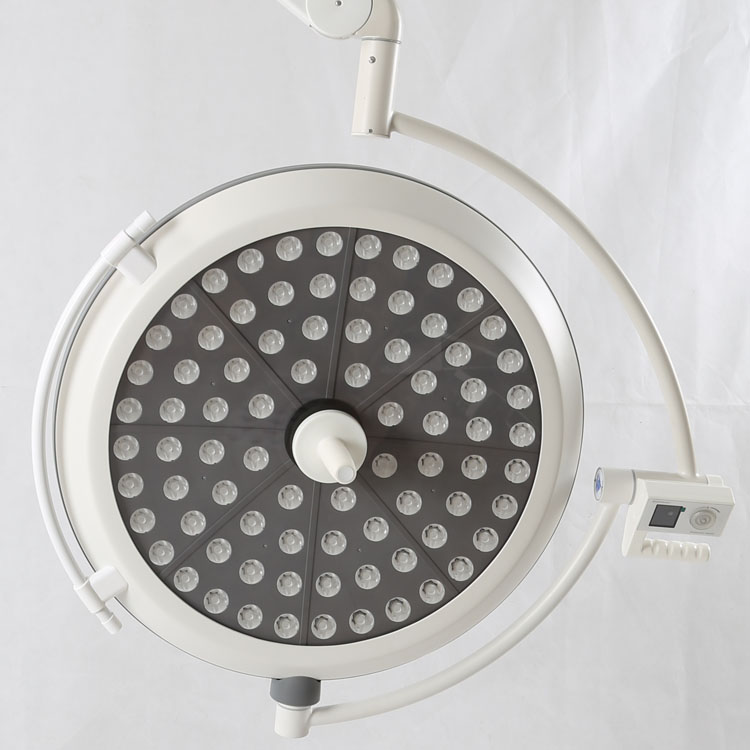 The temperature increase of surgeon`s head below 1â„ƒ. LED do not engender infrared ray and ultraviolet radiation, without the temperature

rise and tissue damage caused by halogen shadowless light, also it can accelerate the wound healing after surgery, and without Radiation pollution.

With color temperature constant and soft, LED is very close to the sunshine.

Lamp with the most scientific radian and Multi point light source design, ensure better uniform illuminance. When the lamps are partially occluded,

also can achieve perfect shadowless effect.Lamp panel radius of gyration â‰¥182cm, the lamp can be pulled to vertical floor, convenient to any angle illumination.

It is based on modularize method by Computer Aided Design, focused to irradiating with more beams of LED. It produces the deep lighting which beams

is close to sunshine. Absolutely, it really reflects the color of human tissue and satisfied by all kinds of operating light needs.

The use of liquid crystal display button control, to meet the needs of the medical staff of different patients with the brightness of the operation.

It does not effect using when a single circuit or one bulb is broken.

Rotating arm, a new type of alloy material is made of eight edge type.

Balanced system using imported arm module, more than 5 group universal joints, every cantilever must has more than 3 joints which can be rotated in 360Â°,

The structure is light, easy to manipulate, accurate positioning, can provide the maximum range of regulation.The equipped with fatigue correcting unit and

The thickest part of lamp-chimney is not more than 10cm.

The lamp-chimney is made of ABS, The handle on the central of lamp can be detachable, can take high temperature (â‰¤ 134Â°C) sterilization treatment,